A Pipe Lining System That Protects Against Lead Leaching 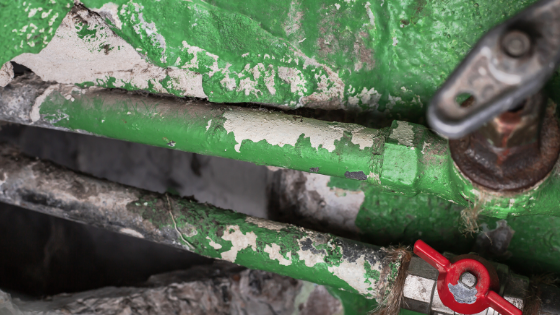 When is the last time you thought about the chemicals leaching into your drinking water? If you’re like most people, you probably think about Flint, Michigan when you contemplate unsafe drinking water. Flint, Michigan, is now synonymous with lead and chemical contaminants in the drinking water. In fact, the chemical contamination in Flint’s water is so bad that it’s been deemed unsafe to drink, and it’s making the residents ill. Unfortunately, lead in drinking water isn’t just a Flint problem. It can happen anywhere. As a Chicago property manager, it’s your responsibility to understand what’s in your water and what you can do to help keep your water safe and healthy for your residents.

Understanding Why Lead Is so Dangerous

Lead is a toxic, heavy metal. It typically builds up in the body over a period of years, leading to illness and sometimes death. Fetuses, infants, children and the elderly are most susceptible to the effects of lead poisoning. Symptoms include:

Romans, Civilizations and Lead in the Water and Wine

The most well-known civilization with lead in the drinking water was the Romans, who found lead the best material for their plumbing systems because it was easy to shape and bend with hand-tools. Their dedication to transporting water across land for drinking, bathrooming, bathing and irrigation made them one of the most advanced civilizations in the world. The bad news is that their entire population was being poisoned by the plumbing pipes.

While we’d like to believe that humans learned a valuable lesson from the lead water pipes in the Roman civilization, the truth of the matter is that many civilizations after the Romans continued to use lead for water pipes and to make alcohol. In fact, the first law banning lead appeared in Urn, Germany in 1690, but it wasn’t for water pipes. Instead, it was a ban on adding lead additives to wine in order to sweeten it. Since wine was a major export of the city, the law was for economic reasons, not necessarily health reasons.

Of course, the lead didn’t stop in Urn. In fact, lead water pipes made their way over to the United States during the 1800s and 1900s. In order to distribute water across cities, the pipes were made with lead conselho. In fact, it wasn’t until the latter part of the twentieth century when the concerns for lead in drinking water reached a fever-pitch, causing legislators to take action against using the substance for drinking water pipes.

The Safe Water Drinking Act (SWDA) was the first piece of legislation aimed at eliminating lead from the water supply. A few years after the SWDA, the EPA published the Lead and Copper Rule (LCR) to keep those metals out of drinking water. Since that time, municipalities have worked to replace older pipes containing lead, and today, most people assume their water is safe to drink. Unfortunately, that isn’t necessarily the case.

Lead Contamination Can Still Be a Problem Today

While lead pipes and lead solder have been outlawed for drinking pipes, old pipes may still be a problem, and even where service lines have been replaced, it’s still possible for water to be contaminated with lead due to copper lines having been soldered with lead and older lead pipes in the system. This is because lead solder was still used to join pipes until the 1980s.

While lead is still present in many municipal water systems, according to the American Water Works Association report “Contribution of Service Line and Plumbing Fixtures to Lead and Copper Rule Compliance Issues,” as much as 35 percent of lead contamination could be caused by residential plumbing. While older buildings, especially historic buildings, are at greater risk, many other buildings built before 1980 could be susceptible to lead contamination in the water.

While lead water contamination and lead poisoning may seem like a thing of the past, the issues in Flint, Michigan tell us that it can still be a problem today, and unfortunately, many buildings in Chicago, especially those built before the SWDA and LCR became effective, are at risk of lead leaching into the water.

As a Chicago property manager you may wonder what you can do to stop lead from leaching into your building’s water. The good news is that there are steps you can take to reduce your residents’ exposure to lead, and it doesn’t have to result in having all your building’s plumbing pipes ripped out of the walls and replaced. After all, traditional pipe replacement is time-consuming and expensive. You could also choose to put water filtration devices in your system, but filters are tedious and can get expensive over time. If you are looking for a cost-effective solution that is one-and-done, the answer is epoxy pipelining.

Nu Flow has a proprietary process for lining existing pipes with an epoxy coating. It’s safe, satisfies the requirements for drinking water equipment, and is approved for use in Chicago.

Rather than ripping out and replacing old pipes, Nu Flow flushes and cleans them before applying their special epoxy film. Pipes from 1/2” to 10” in diameter can be treated and the only requirement is that pipes be accessible from two locations. Disruption to building occupants and interiors is minimized and costs are far lower. In addition to keeping lead out of drinking water, benefits include improved flow, the elimination of leaks from joints, and extended system life.

To learn more about the benefits of epoxy pipe lining and how it can help keep your drinking water safe, give us a call at 815-790-9000.