Why You Need to Restore Your Galvanized Steel Plumping Pipes 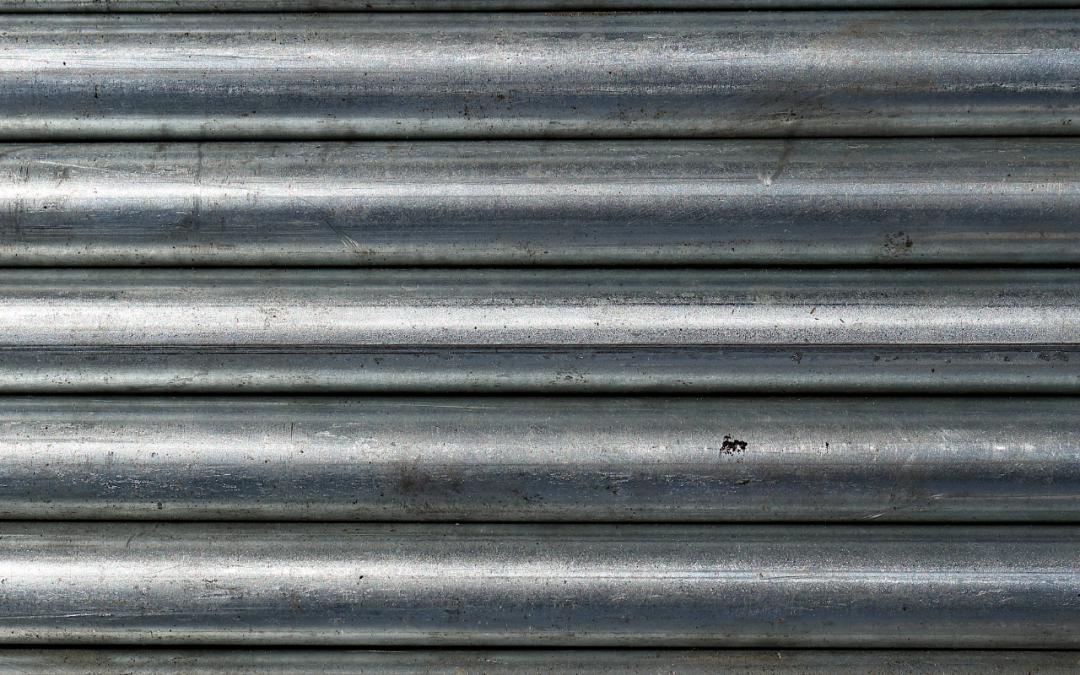 Galvanized steel plumbing pipe was used extensively in homes and businesses until the 1960s. While it was an economical choice at the time, galvanized steel pipe tends to corrode, causing widespread leaks and low water pressure. In some instances, the pipes can corrode so badly that they are completely blocked.

Galvanized steel pipes were an affordable way to plumb homes and businesses and replace damaged lead pipes until the 1960s. They are manufactured by creating a steel pipe then dipping that pipe into liquid zinc. The zinc coats the steel, providing a corrosion resistant surface. In fact, zinc coatings are still used to create corrosion-resistant surfaces on metals that are prone to rusting impotenzastop.it. Unfortunately, over time, the zinc coating wears away. On metal plates and decking, the wear is visible and a new zinc coating can be applied. When it comes to zinc coating plumbing pipes, the wear on the inside of the pipe is not detectable until the pipes start leaking or the water pressure gets to a point where the residents notice it.

Galvanized steel pipe was expected to have an average expected lifespan of between 40 and 50 years, but some have been known to corrode much faster. Since the last galvanized steel pipes were last installed in the 1960s, any existing pipes would be right at the end of their useful lives or past their useful lives. For these reasons, plumbers, including the pipe liners at Nu Flow in Chicago, recommend either replacing them or rehabilitating them.

1. You Have Low Water Pressure

Leaks, as well as restrictions in the pipes due to excessive corrosion, can cause low water pressure. This can affect one faucet or the entire house, depending on how much corrosion is in the pipes and how many pipes are leaking.

2. Some Faucets Have No Water

Galvanized steel pipe is notorious for corroding and leaking, especially as it ages. It’s for this reason that it’s fallen out of favor with builders, homeowners and landlords. If you know your building has galvanized steel pipes and you’ve repaired numerous leaks over the last couple years, it’s time to think about replacing or rehabilitating the plumbing in your building.

4. The Water or Sink Is Discolored

While most plumbers recommend ripping out your galvanized steel plumbing pipes and replacing them with new copper or PVC pipes, it may be possible to rehabilitate your pipes using a slip lining or an epoxy coating.

Slip lining is a trenchless way to rehabilitate plumbing pipes. The process involves cleaning the existing pipes to remove any corrosion and to restore the original diameter of the hose pipe. Once the cleaning has been completed, a slightly smaller pipe is inserted into the existing pipe and grouting the ends. It is considered to be an older method of trenchless repair and was first used in the 1940s.

Slip lining can be performed two ways. The first way involves inserting a single long pipe into the existing line and grouting both ends to create a seal between the liner pipe and the host pipe. The second way involves the use of multiple shorter pipes that are connected together then inserted into the host pipe and grouted.

There are numerous advantages to this method. It required limited digging when compared to traditionally replacing pipes and every plumber has access to the tools and materials needed to perform this pipe rehabilitation method. The downside is that it significantly reduces the diameter of the pipe.

Epoxy coatings are a newer way to rehabilitate plumbing pipes, specifically potable water plumbing pipes. Like slip lining, there is minimal digging or drywall removal required. Instead, access is only needed at the beginning and end of the pipe run that is to be lined.

The process starts with a thoroughly cleaning of the original pipe. This can be accomplished with special rotating heads that are inserted into the pipe to grind away corrosion and/or via the introduction of a gritty substance called shot, which works similarly to sandpaper. As it passes through the plumbing pipes, the shot scrapes away the corrosion until the pipe walls are clean. Either one or both of these cleaning methods can be implemented on galvanized steel pipes if the pipes are determined to be strong enough to withstand the cleaning process. If a pipe breaks or develops a hole or crack during the cleaning process, it is removed and replaced by a certified plumber.

Once the galvanized steel pipes are clean, the epoxy coating is blown through the existing plumbing pipes. As the coating moved through the pipe, it rolls over itself, creating a seamless barrier between the water and the galvanized steel host pipe. This means that as the water flows through the pipe, it no longer touches the metal. This prevents future corrosion and can extend the useful life of your plumbing pipes for up to 50 years. Not to mention, epoxy coatings do not deteriorate over time like zinc coatings, which means once it is installed and cured, it is there to stay.

Here at Nu Flow, serving Chicago and the greater Chicago area, we offer modern pipelining techniques, like CIPP and epoxy coatings in order to rehabilitated all types of plumbing pipes, including galvanized steel. We use epoxy coatings on potable water pipes. Those are the pipes that transport fresh water to your sinks, showers, bathtubs, hot water heaters and other water-using appliances. We use CIPP liners on drain pipes and sewer lines to prevent future corrosion and add structural stability to the lined pipes.

To learn more about our pipelining techniques, request and estimate or schedule a building pipe assessment, give us a call at 815-790-9000.