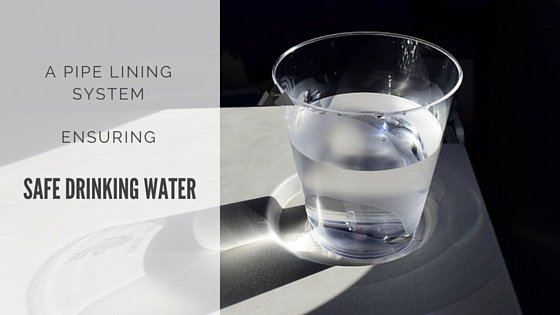 The chemical symbol for lead is Pb. It stands for plumbum, the Latin word for this heavy, malleable metal. Think it’s a coincidence we call the system of pipes delivering water to our faucets “plumbing”? Hardly. Some 2,000 years ago the Romans were running water through lead in pipes plumbing and paying the price with their health, or so some argue.

Here in North America lead pipe plumbing has never been used extensively, yet lead finds its way in to the water supply kamagra gdje kupiti. At one time a short section of lead piping connected the main water line to each property, and while municipalities have been replacing them, some still remain. Other culprits are the galvanized iron and steel pipes found in older properties, along with brass fittings and the solder used to join copper pipes.

Collectively, these provide the lead that leaches into drinking water, but that leaves unexplained the mechanism by which this happens. The answer is, corrosion. Water can corrode pipes and plumbing systems to release lead. It’s little comfort that concentrations are low. The EPA defines the lead action level as 15 parts per billion (ppb) and lower levels could still be hazardous for children under six.

As awareness grows of the risks of lead in drinking water, more homeowners and property managers are asking, “Do I have to replace all my plumbing pipes if lead is found in them?” Fortunately, the answer is “No.”

Ripping out and replacing a building’s entire plumbing system will eliminate many sources of lead contamination, but at a high cost. Internal walls would need replacing, with all the disruption and expense associated with remodeling, and the property would be unlivable for weeks or even months. Also, the pipe leading from the street into the building must be included, and that often means digging trenches across driveways and gardens. New landscaping is not cheap!

The alternative is pipe lining. The idea is quite simple: coat the bore of every water pipe with a layer of epoxy. That way the galvanized metal is kept separate from the water, and the problem of leaching solved.

Nu Flow has developed a process for applying this epoxy coating. It begins with a thorough inspection of the existing system followed by complete draining and purging. The pipes are then cleaned to remove all existing corrosion before being lined with epoxy. The last step is to inspect the system and test the water flow.

The epoxy meets rigourous standards for materials coming into contact with drinking water and the process is approved for use in Chicago.

Pipe lining is cheaper and less disruptive than replacing an entire plumbing system, and has other advantages too. Covering joints helps protect against leaks, and opening up pipes to their full diameter improves flow. Best of all, the residents of a building where the pipes are lined know their drinking water is protected from lead in pipes.